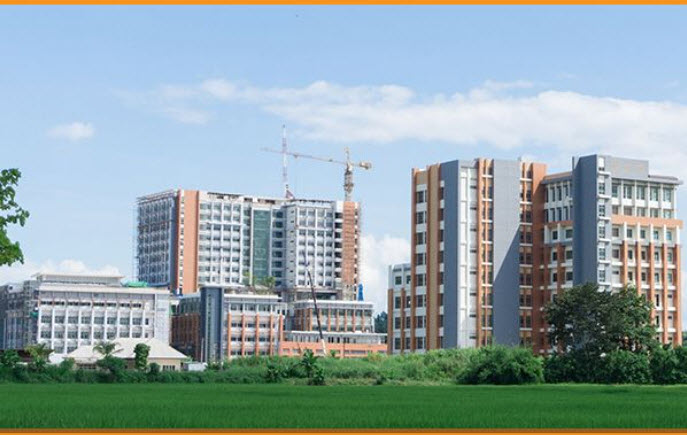 A massive contract has been awarded to construct Louisville's new Department of Veterans Affairs hospital.

An $840 million contract to Walsh-Turner Joint Venture II has been approved to build the medical center, according to a release from the Robley Rex VA Medical Center, the veterans' hospital that the new facility will replace. The U.S. Army Corps of Engineers Louisville District will work with the Department of Veterans Affairs on the project, slated to be built at 4906 Brownsboro Road.

Groundbreaking should occur as early as this fall, and construction is expected to be finished in 2025.

"We are pleased to work alongside the USACE and Walsh Turner Joint Venture II to bring this world-class health care facility into reality for our Nation’s heroes," said Stephen D. Black, medical center director at Robley Rex. "I want to recognize the support of our strong community partnerships and thank everyone who advocated to make this facility happen, especially our Veteran community in the Kentuckiana area.”

The new hospital will reshape a notable corner along Brownsboro Road in eastern Louisville near the Interstate 264 exit, which leads onto Interstate 71.

It will include more than 900,000 square feet of space, according to the Tuesday release, with 104 beds and other additions to the property, including sidewalks, roads, two parking garages and a more than 40,000-square-foot utility plant.

It had also drawn criticism from neighbors about the impact it'd have on traffic in the area, and concern for veterans who would use the facility. Traffic jams along Brownsboro Road are already a frequent sight during peak traffic hours, and Grow Smart Louisville President Eric Gunderson previously noted many veterans who would use the facility don't live near the planned site in eastern Louisville.

Speaking in a virtual press conference Tuesday evening, Black said Robley Rex officials have been coordinating with city and state officials for years to address the increase in traffic.

"There have been designs that have been created for increased and improved traffic flow on and off Brownsboro road and onto 71," he said. "We continue to advocate with all the local municipalities for prioritizing that work to help complement the work we'll be doing on the medical center."

The contract was awarded as a joint venture between Chicago-based Walsh Construction Co. and Columbus' Turner Construction Co., two companies Black said have "extensive experience" working on VA hospitals. Approximately $95 million in subcontracts to smaller businesses will also be given, Black said, with much of that money going toward veteran-owned groups.

Officials have pushed for years to replace the aging Robley Rex, a 59-acre facility on Zorn Avenue that first opened in 1952. The VA purchased the Brownsboro Road site in 2012 for $12.9 million from local developer Jonathan Blue and settled on the property as the home of the new hospital in 2017. A lawsuit from neighbors in nearby Crossgate was dismissed in March, clearing the way for construction to begin.

"Kentucky’s veterans served our country bravely and deserve to receive quality healthcare in a new, modern facility. Regrettably, they have waited since 2006 for that goal to be accomplished," he said. "Today’s announcement is long overdue, but I am glad it moves us one step closer to finally getting this facility built.”

For Black, and for many others at Robley Rex, Tuesday's announcement was a relief as well.

"A groundbreaking ceremony will be forthcoming in the next few months, and then we will all wait and watch in anticipation as dirt gets moved and walls get erected working towards this really state of the art Medical Center here in Louisville, Kentucky," Black said.